Dubbed 'the poet of our time' Samantics is a one man wall of sound with his unique blend of live, multi-instrumental spoken word. It is hard-hitting, musical poetry, with a sprinkle of hip-hop. With a loopstation and a sh*t load of instruments, Samantics delivers a refreshing and heartfelt sound. With more energy than a ferret after 18 shots of espresso, the effort and concentration he puts in to his live shows leaves audiences transfixed.  If you're more into drinking tea than murking Gs then Samantics is one to watch!

Samantics is an advocate for Mental Health and uses his music to express his own experiences and inform others to try and reduce the stigma many still face today. He recently spoke at The Houses Oo Parliament to show how music and the arts can impact mental health. Since stepping onto the scene with his trusty loop pedal in 2015,  Samantics has taken huge strides. He is now filling festival tents (including Wondefileds, Off-Grid, and Glasdenbury), supporting the likes of The Sugar Hill Gang, Grandmaster Flash and The Undercover Hippy and recording for the well established 'Balcony TV'. His 2018 calender is already filling fast. 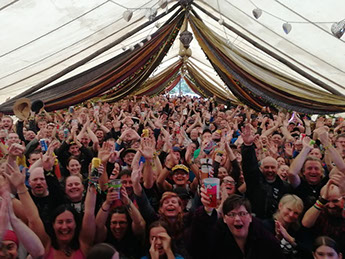 This is the mobile version of samantics.co.uk - the desktop offers even more!